Christmas is in just a few days and I am as giddy as this kid: 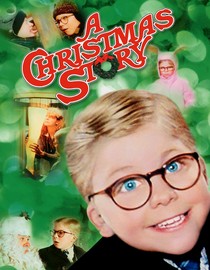 OK, so it's not Christmas. After all, there are no gifts to buy or wrap, no decorations to put up and take down, no staggering credit card bill coming next month (well, hopefully not...).

So, what is stress-free yet Christmas-level exciting for a lactivist? Why, August, of course!  The first week is World Breastfeeding Week and the whole month is National Breastfeeding Month! 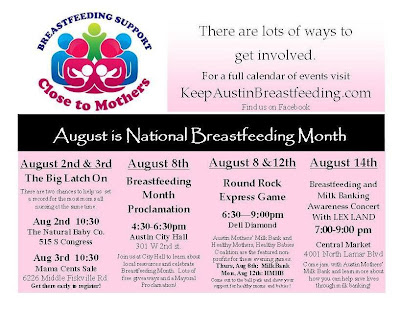 There are so many events going on in Central Texas to celebrate, and I am looking forward to them all gleefully!  The month will kick off with The Big Latch On, which you can see me discuss with Amber Rogers and reporter Jennifer Borget on YNN Austin below.  Jennifer has a new son, and is breastfeeding him during the interview as Amber and I are breastfeeding our babies!  So yeah, she's kind of a hero of mine.


So - the Latch On.  I was nursing an almost-two-month old last year at this time. I needed to buy Magoo school clothes and wanted to go to the MamaCents Consignment Sale anyway, but I was psyched to go toThe Big Latch On that they were hosting. With only one car, I was relying on Adam to get home on time for me to get to the latch on. He did not. (A fact he won't soon forget...)

But this year I WILL nurse my almost 14-month-old at two of three local latch ons!

In Austin:
In Round Rock:
The whole point is to show that we value breastfeeding through this challenge to have the most moms nursing in one location at the same time.  So invite all of your friends, and nurse in solidarity with women across the globe!  If you Facebook, you can RSVP on Facebook for the event(s) you plan to attend:
While you're on Facebook, be sure to like Central Texas Healthy Mothers, Healthy Babies Coalition. There's another challenge going on there - we've been challenged to catch up to Tarrant County Breastfeeding Coalition in our number of Facebook "likes."  (And hey, you might as well like my page, too, if you haven't yet!)


On Wednesday, August 7th at noon I'll be with some of the coolest broads in town at our Central Texas Healthy Mothers, Healthy Babies Coalition Monthly Meeting. These meetings are always on the first Wednesday of every month at Any Baby Can, 1121 E. 7th St., Austin, Texas. Anyone is welcome, so come join us!  All the cool kids are doing it!


Thursday, August 8th is going to be a very. busy. day.  But there is no way I would miss the USBC National Breastfeeding Month Webinar:
Action for the Summer Recess.  Learn more about supporting breastfeeding legislation?!!  Booyah!!!  If you followed our legislative efforts in Texas this spring, are a member of We Support Texas Breastfeeding Laws with Enforcement, or just plain support breastfeeding, you need to register for the webinar, too, and be online from 1:00-2:30pm CST.

After the webinar I'll be heading over to Austin City Hall (301 West 2nd St, Austin, TX) from 4:30-6:30 for the Breastfeeding Month Proclamation!  Central Texas Healthy Mothers, Healthy Babies Coalition (HMHB) will be giving away free breastfeeding T-shirts! You read me right! I said Free BREASTFEEDING T-Shirts!!! There will be lots of other cool stuff, too - a Mayoral Proclamation (you know I loves me some politics!), Mothers' Milk Bank at Austin will be there (loves me some milk bank, too!), and other vendors and giveaways, and I think (fingers crossed!) some free ice cream!

If my exclamation points have not convinced you that you should attend, maybe this will: 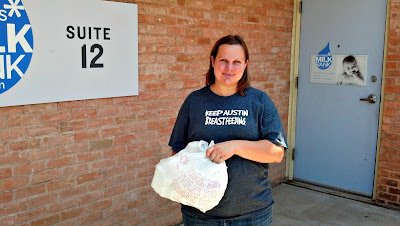 That "Keep Austin Breastfeeding" T-shirt I'm wearing was the Free BREASTFEEDING T-Shirt!!! for the past couple of years. This year we're bustin' out a new design, so be there or be naked.


After Mayor Leffingwell proclaims that August is hereby National Breastfeeding Month and thereby Breastfeeding Month here in Austin, there's more breastfeeding advocacy to be done in Round Rock with the Mothers’ Milk Bank at the Ball Game!  The Round Rock Express will feature Mothers' Milk Bank at Austin as their Spotlight Nonprofit starting at 6:30pm. Personally, the fact that the only time I ever made it to home plate in third grade was when I was walked, and that I caught a ball thrown by my coach with my face kind of turned me off of baseball. But we celebrated Father's Day/Magoo's Due Date at a Round Rock Express game eight years ago, and it's really pretty fun. And I went to a game earlier this season as a guest at a blogger party that the Round Rock Express held and was really impressed by how much fun it is to be there.

So buy me some peanuts and cracker jack, cause Adam is psyched to take the boys again, either that night OR (maybe and) on August 12, 2013 at 6:30 pm, when Healthy Mothers, Healthy Babies is at the Ball Game!  Because the Round Rock Express is so awesome, they'll be featuring HMHB, too!

Both games are home games at The Dell Diamond, located at 3400 E Palm Valley Blvd, Round Rock, TX.  Discounted ticket information for MMBA can be found here and for HMHB, information will soon be available here.

On August 14th, MMBA will rock out with Lex Land at Central Market (4001 North Lamar Blvd, Austin, TX) from 7:00-9:00pm. Come to the Rock-a-Bye Baby Concert not just for awesome tunes, but also for cool prizes and edumacation about milk banking!


You can learn even more about milk banking on a Milk and Cookies Tour!  August tours are
MMMmmm, cookies.


And last but not least, National Breastfeeding Month for me will end with brunch at the zoo, where Mothers' Milk Bank will show their appreciation for Austin area milk donors, recipient families, healthcare providers, milk depots, and supporters with an Austin Appreciation Brunch on Saturday, August 31st from 10:00-11:30am at Austin Zoo (10808 Rawhide Trail, Austin, TX).
I have some personal goals for World Breastfeeding Week, as well.