If you're reading this, you're probably a breastfeeding supporter, so you've probably already seen the When Nurture Calls campaign by UNT students Johnathan Wenske and Kris Haro.  (Or you're a creeper and you Googled "tits" - in which case, this is not the blog for you.  Boobs are food - go away!)  Unfortunately, there's been a lot of misinformation about the campaign and little info on the bill it promotes (HB 1706).  Read my last post to find out more and go here to learn how to support the bill.

If you've followed me for long, you know HB 1706 was like my baby.  So I've had my panties in a bunch since this started, from the misinformation, to concern that legislators will take offense to the ad, and to OHMYGOD the fact that there's almost no real discussion of the bill or how to support it.

But hey, the campaign went viral and looks amazing - that means it rocks the Casbah, right?

Except - will it move people to become involved with legislative efforts?

It's compelling, and a fantastic way of communicating that it's unacceptable to expect mothers to nurture their children in dirty restroom stalls.  It's got people talking (if not listening), and I LOVE it as a pro-NIP campaign.

People loved the Taco Bell dog, too - so much so that when my husband and I went to adopt a dog from the Austin animal shelter in 1999, it was overrun with chihuahuas.  The pop icon spurred over breeding, but even though Pepsico spent millions on the "Yo quiero Taco Bell" ads, about a year and a half into the campaign, sales were down 6%.  An ad can rock, and not accomplish the goal.

So what is the goal?

Purportedly it is to work for the passage of HB 1706 (which died a year ago but will be refiled this winter, when it will be given a new number).

My measure of success in promoting legislation is compelling people to take action supporting a bill.  Most importantly, this means contacting your legislator to express that you want him or her to vote for it or even to co-author/sponsor it.

My husband frequently quotes his partner, best-selling author Roy H. Williams, the Wizard of Ads.  One Roy-ism is that "you can't move everyone one direction."  In that regard, certainly the When Nurture Calls campaign can be labeled a success.  People don't just love it.  Some of them hate it (cause they don't wanna see breasts when women breastfeed - just when they sell cars and beer and so on).  Either way, people are moved by it enough to share and discuss it to virality.  Two weeks after its accidental debut, it's still being talked about, and now it's made it onto even more visible platforms.

They're talking about tits and toilets.

I make it a habit to avoid reading comments.  The anonymity of the internet brings out the trolls.  People talk smack with no knowledge whatsoever of breastfeeding and its tremendous importance as a public health issue.  It's exhausting reading over and over the inane suggestions to use a bottle, or cover the baby, or blahblahblahblahblah.  These things are not always options, and they can never be requirements (even if it worked for you, breastfeeding-mom-who-thinks-her-experience-defines-that-of-everyone-around-her).  But I digress.

I have been paying attention to the comments this time because the mock campaign is supposed to promote my baby.  I mean, my bill.  I mean, Rep. Farrar's bill.

And yet - there's virtually no talk of the bill.

The misinformation and lack of a call to action are largely to blame, but is it possible that the very thing that makes the campaign successful has gotten in the way of achieving the goal?

It makes perfect sense to see breastfeeding in a breastfeeding ad - but it makes not so much sense to see boobs in a legislative ad.  People are either supportive of the bold ads or incensed by them - they're moved to support the images or not - and that's where the "conversation" usually stops - on the images.

Is it possible that the Australian ad campaign - a video of a man eating in a restroom stall - would be more effective to promote, specifically, legislation?  Could we maybe talk about protecting a mother's right to feed her baby without getting stuck in debates about whether or not she should wear a cover to breastfeed in a restroom stall?


Or if we put the focus on the other person affected by attempts to interfere with or restrict breastfeeding - the baby - could we then move past the over-sexualization of breasts and move on to discussing the damage that is done when NIP incidents have almost half of mothers worried about breastfeeding in public?


This isn't the first time HB 1706 has gone vial.  Last session we worked our boobies off to get this kind of attention for our bill.  And then Rep. Riddle gave it to us.  But so. many. people. just wrote articles about it and complained about it in comments and made truly awful comments on posts about it (do NOT call a legislator a cunt, people.  Just do NOT).  But even with international attention to Riddle's comments against the bill rallying breastfeeding supporters everywhere, it died.

It seems to me that it takes anger - right-now-white-hot-rage - to motivate the masses to action.  And when enraged, people do not always behave responsibly.  Rash actions are taken, undiplomatic words are spoken.

So how do we get all the people to be motivated to write a polite email instead of flaming a troll?

One thing I'm sure of is that any efforts to pass HB 1706 should be coordinated to maximize their impact.  In my last post I wrote about how when this first caught fire, there was no call to action, because it was initially just a student project.  But advertising must include a call to action.  And if it is successful by my measure, people will take the action, in hordes.  They'll buy your tacos. 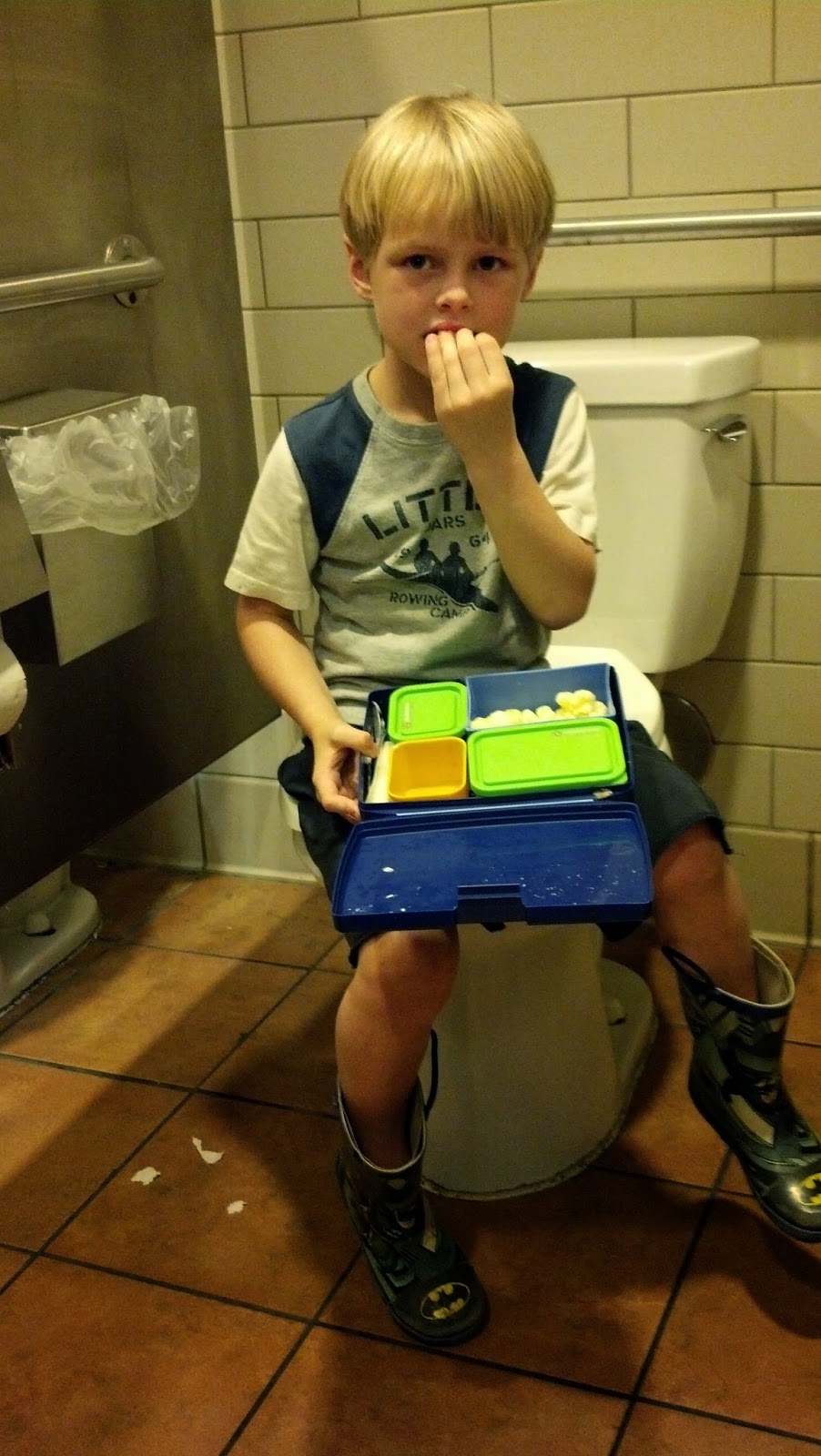 Now the students responsible for When Nature Calls have a call to action, but it is incomplete, and not coordinated with those involved with the bill.

People need to know that they can be involved in many ways, in and out of Texas, so they will be more likely to choose an action that fits their willingness to participate.

Whether its slacktivism or boots on the ground, we need people in every district across this huge state letting legislators know that we expect them to be a part of the solution.  We need people sharing lege posts on social media and visiting their legislators, and all of the levels of involvement in between.

If this is read by a wide enough audience, I fully expect to be flamed for letting my 5-year-old eat a few pieces of Pirate's Booty on the potty at Starbuck's.

But if this wasn't staged - if we lived in a culture where people thought it was acceptable to tell a child to eat his lunch in a public restroom - would we send an email?  Make a call?  Take a stand?

Is it any different when the person eating is a baby?

Calls to action to support HB 1706 in various ways beyond the comments section can be found at TXBFLeg.com, and are brought to you by the people leading the charge to pass this bill now and a year from now.

What action will you take to protect a baby's right to eat?


Were you spurred to action by the When Nurture Calls campaign?
How would you like to support HB 1706?