Sixteen years ago on December 16, my mother died at the age of 43, when I was 23 and just finishing college.  We thought she'd be in Hospice care for weeks.  After eight years of fighting breast cancer, I couldn't believe the fight was lost.  She was the strongest woman I've ever known.  How could anything beat her? She was only home for a few days before the end came.  Eight years -  all of college and high school for me - and yet I was completely unprepared, taken entirely by surprise.

Today, she would have been 60.

It's common among females who lose their mothers to fear dying at the age that their mothers died.  I read this in Motherless Daughters by Hope Edelman, and understanding that this is a common fear helped me to confront and dismiss it. And losing my mother so young has given me the attitude that aging beats the alternative.

Then in December I turned 39.  That was a little... hard.  I'm throwing my husband a (belated) Walking Dead birthday party for his 40th next month, to make light of his worry that he's now Old with a capital "O."

But zombie jokes aside, now I'm less than a year from 40, and that is a really different number from 30-anything.

(And suddenly it occurs to me that the majority of people reading this blog are probably under 35.  Oh, well.)

What if I had just four years left to live?  Just until I am 43?

But I'm not following this train of thought to wallow in morbidity.  I don't want to fear death.

But maybe I want to live like I'm going to die. 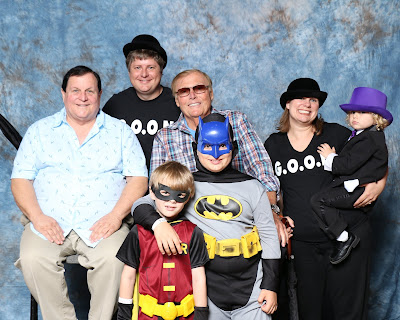 Email ThisBlogThis!Share to TwitterShare to FacebookShare to Pinterest
Labels: Besides Boobs, Milky Musings