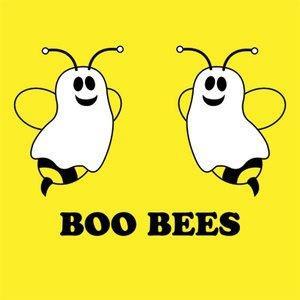 I thought Hell hath no fury like a woman scorned.  But based on recent developments, the slim chance that someone may see my breasts while I use them to feed my baby is apparently far more frightening than the possibility that I may be ticked off that my civil rights are being violated.  The arrogance of demeaning me as though I have no recourse of consequence is almost enough to make me feel defeated before I even start to fight.

If my very first post seems to have a snarky tone, it's because I was mocking myself.  Even before I found out that almost two months of patient diplomacy and education efforts were fruitless, I was overwhelmed now and again by a feeling that I am in over my head, that I have no idea what I'm doing.  Thankfully, I am one stubborn lady.  And the thing is, I'm not alone, am I?

I'd hoped I'd not need to post anything on this blog.  I'd hoped that the "Yay! Breastfeeding!!" Facebook page I created - actually titled Keep Austin Nursing in Public - would just be a place where I posted funny memes, and would be a possible extra resource to help moms find our breastfeeding coalitions if they found themselves discriminated against.  So not really a necessity.  But now I find myself thankful for a direct line to people who have a vested interest in protecting a woman's right to breastfeed her children publicly.  Other moms, babies, people who love a mom or a baby, taxpayers (breastfeeding saves money, y'all) - basically, pretty much all of us are stakeholders.

So - my scary boobies and I need your support.  And I believe that your show of support will have far-reaching consequences.  Austin Independent School District is the 34th largest public school district in the nation.  If they can get away with flouting the law, just think of the possible ramifications for the country.

I don't know the source of the meme used here.  I'm not trying to steal it.  If you know the source, I'd love to give credit where credit is due.
Posted by Krisdee at 12:28 PM

spend about as much time on Facebook as cats spend sleeping. For a year it was just me and Adam, but thankfully now my friends Mandi Chase Wolfe, Amber Rogers, and Alexandra Watt Thompson help share breastfeeding information and stories there.

I am struggling to take better care of myself (read eat healthier and exercise), to figure out the homemaker half of this stay-at-home mom thing, and to find balance. Most of all, I am struggling to be a better mom
.