Distratction & Disruption During the Board Meeting 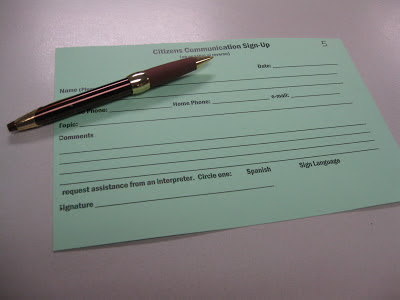 What's more distracting and disruptive than a baby being breastfed at a school?  A baby who didn't nap well all day, and is up past his bedtime for a board meeting.

The following is the speech I gave at tonight's board meeting.  Until we post it to our YouTube channel, you can read it while imagining me bouncing for two minutes an adorable and vocal baby.  Adam stayed home to get the big boys to bed on time, and Bellybean has separation anxiety so I had to decline the very kind offer to hold him that was made by someone at the meeting.  I did okay given the circumstances - got a bit breathless in my nervousness.  But mostly, I was just completely upstaged by Mr. Cutey Pants.

Good evening. I want to thank you for sending the issue of breastfeeding on school campuses to the Board Policy Committee. While I feel it could be as simple as writing a policy which states the law, I do appreciate the desire for due diligence.

In December the School Health Advisory Council was asked for individual opinions and in January they were told that there would be no further work on a policy. It may provide valuable input to ask for the SHAC’s standing as a group.

As to the idea that a regulation or policy would include language that allows for sequestering a nursing mother if her breastfeeding is a distraction or disruption, I would like to point out that it is actually a negative reaction to nursing that could cause a scene. In almost six months I have nursed this baby in the lobby, in a parent/teacher conference, a 504 meeting, in the empty classroom stuffing Thursday Folders, in the classroom full of students and parents for two parties and Market Days, in the hallway, the library, and the cafeteria. The only time that there was ever a problem was when a staff member complained that as she walked through the otherwise empty lobby, I sat discreetly nursing my baby while I waited for my three-year-old to be brought back to the lobby after his hour of speech therapy. I needed to be there when he arrived, not hidden away in a private conference room. Just as I needed to be in the cafeteria if I was to visit my oldest son at lunch, and in the classroom to set up for the parties as I had volunteered to do, and in the classroom to see and help with Market Days just like any other parent who wants to be a part of their children’s lives and educations. These moments are too short to excuse yourself from them for 20 minutes to feed your baby.

Breastfed babies often refuse bottles – and exclusively breastfeeding moms don’t necessarily even pump milk or have a pump. Breastfed babies eat frequently, and not always on a predictable schedule. And holing ourselves up in our homes for six months to a year is a recipe for postpartum depression. So we rely on the law that protects our right to breastfeed in public. And now we are relying on you to ensure - without stigmatizing breastfeeding as a disrupting, distracting, deviant act - that we do not have to choose between optimal nutrition for our babies and participating in our children’s educations.

So thank you for the time and thought that you are giving to this issue.